By Francois LaneDecember 9, 2009 No Comments

CakeMail just released version 2.2 of the CakeMail User Interface. Here are
the great new features included in this release.

You can now create advanced segments based on actions reported in prior
emails! Segments are no longer limited to simple field values. Now you can
segment your list based on actions – If a mailing has been opened or a link
has been clicked – Making subsequent mailings and follow-ups a lot more
effective.

You can now lock areas within your System Templates. End-users can
only edit what they are allowed to, giving the administrator absolute
control over messaging and branding. 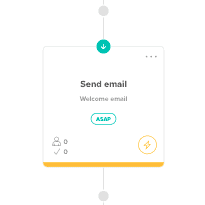