You’ve just sent your first campaign and now it’s time to review campaign reports. We’ll take a closer look at open rates and how they work.

An open is registered in your campaign report when a recipient opens a campaign that has images enabled.

An implied open happens when a recipient has clicked on one or more of the links included in your campaign, without having actually viewed or displayed any of the images. Contacts who receive the plain-text version of your campaign will also register as implied opens when they click on a link.

An unopened email is a message that was never opened by the recipient, or a campaign that may have been opened but had no images enabled and the recipient didn’t click on any links or perform any other actions.

If you have included images in your campaign, it is possible that the email client has blocked images from loading.

“Until the recipient clicks to show content or display images (or even better, selects “Always show content from…”), the campaign won’t be recorded as opened.”

Be sure to let your list know to allow your images to be displayed or encourage them to add your From address (as shown in the example below) to their white list / address book to make your images display by default in the future. 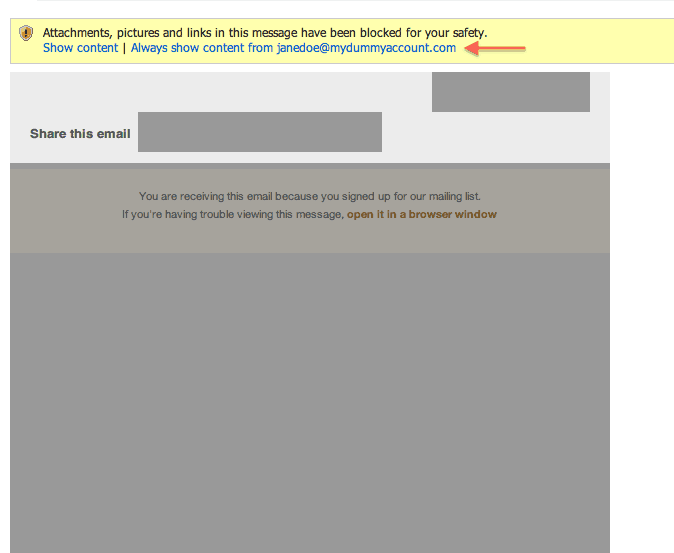 Learn more: What are your goals for Opens, Clicks, Bounces, Unsubscribes and Spam rates. 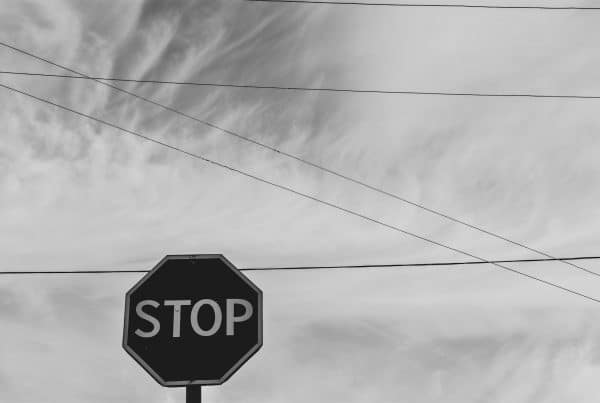 What Do All Those Bounce Reports Mean? 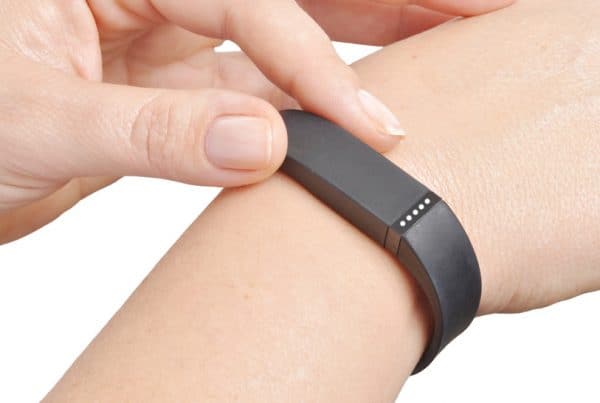 Do you measure up?

Use Google Analytics to track your campaigns